Furthermore, gross domestic product (GDP) per capita is the chief determinant used to discover the above. Per capita is a tally of all the goods and services produced in a country in one year.

–> First, the one whose real per capita income is lower when compared to that of the USA, Australia, and Canada.

–> Second, its components are:

GDP of top 5 Countries (PPP) are the following:

According to the above data, India ranks third in the list of estimated Gross domestic product (GDP) based on purchasing power parity (PPP).

Since independence, the Indian economy has been attaining much progress in its various fields. Thus, over the past, India’s economy is unquestionably a developing one. Despite, when compared with the level of economic growth prevailing in developed nations, it is still underdeveloped. 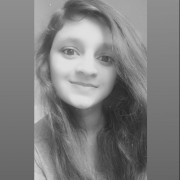 Hi! I am senior content writer at Akashbaani. I am a writer with a passion for simplicity. Hope you will like my articles.

The two beautiful yet contrary states of India – Kerala, and Rajasthan

Coronavirus second wave in India - A myth or reality?