It is likely to be the worst standoff since the end of the cold war era. The Indo-pacific is undergoing a historical transformation, the region has become a zone of evolving geopolitics. Its relevance in global trade makes it a contested arena among countries. Thus, the formation of this pact has ushered mixed reactions, some believe it will challenge China’s influence while others call it undesirable and risky.

What is the US, UK and Australia security alliance?

The tripartite agreement focuses on technology transfer from the US and UK to build a fleet of nuclear-powered submarines for Australia for 18 months. It also provides for cooperation in emerging technologies like artificial intelligence, cyber warfare, quantum computing, etc.

Australia-UK-US security alliance will enable the development of nuclear-powered submarines in Australia. Nuclear-powered vessels have better speed and range for operations. Hence it will give a strategic edge to the US in balancing China’s growing nuclear footprint in the region.

Why does AUKUS anger China?

US president Joe Biden in a virtual statement while refraining from naming china announced that the pact manifests shared urgency to deal with rapidly evolving threats. It goes without saying that the alliance is an outcome of efforts by Washington to curb the Chinese influence in the Indo-pacific. It aims to tilt the balance of power in its favor, at the same time avoiding confrontation with China.

China’s recent aggressive behavior in the south china sea is aimed at territorial expansionism and maritime aspirations. It has made advancements to create artificial islands and to further make fortified air bases. In a nutshell, China is doing its best to establish hegemony and disrupt freedom of navigation in the Indo pacific. As expected China has revealed its apprehensions regarding AUKUS stating it undermines ‘regional peace and stability’. It also encourages an ‘arms race’ as well as cold war mentality.

Does it dilute the role of Quad?

The announcement of this pact raised questions on the relevance of quad ( quadrilateral security dialogue). It is a multilateral alliance between the vibrant democracies of Australia, Japan, India, and the US, with the aim of cooperation in economic and military interests. It largely focuses on strengthening strategic and defense pillars. Owing to the formation of AUKUS, many fear that it might get reduced to discussions on climate change and vaccine diplomacy.

Indian govt states that the Australia-UK-US alliance does not stand relevant to the quad. It will not impact the functioning of the multilateral organization. In fact, it has been seen as a boost for the quad to challenge china’s ambitions.

It seems obvious that the latest developments will have an impact on India’s navigational and territorial integrity in the Indian Ocean, given its proximity to the region. Therefore New Delhi must anticipate the evolving circumstances and must restructure its diplomatic ties in the lines of national interest.

India is an indispensable player in undermining China’s aggression in the region. It will play a crucial role in the long-drawn tussle between the US and China. However, It’s a matter of time to see how New Delhi will unleash its strategic influence in the Indo-pacific. 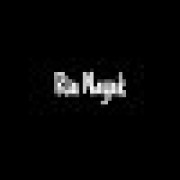 Highlights of PM Modi's tour to the U.S- Part 2

Home Minister Amit Shah: Hindi is a friend to all indigenous languages.

Finance will determine the success of COP26.

India and the UK come together for the Green Grid Initiative.