“CHINDIA” is a word, highly popular a decade ago. Some people may be aware of this word. This word certainly represents the dynamic economy of that time, majorly maintained by both India and China. But, as time went on, china developed its economic growth, leaving India far behind.

A group of critics states that India would never catch China in terms of Economy. Some of them do not believe in this statement too. But, if we come to a final decision on this attractive topic, we need to judge some points related to national economic growth.

In this article, we shall discuss the factors affecting the economy and compare these two growing Asian countries.

In the picture above, we can see there are a total of 10 factors that affect economic growth. Let us discuss it one by one.

Here, GDP growth rate and capital investment as a percentage of GDP are the two keywords to mention. From statistics, it is seen that, in the last 17 years, the GDP growth rate for China has averaged 9.28% CAGR, where for India, it is 6.61% CAGR only. On the other hand, the national investment as a percentage of GDP is nearly about 43% for China and 34.2% for India.

Natural resources include freshwater, forests, and many other things. The governments of both the nation perform in their way,

possessing different levels of quality. According to data, the availability of natural resources in India is much lesser than in China.

This factor is highly connected with natural resources. In this field, we need to study the availability of agricultural land in India and China. Also, the economy is related to it. Statistics say, for 2018-2019, the PSE for Indian farmers was 5.8 percent while the same was more than double of it i.e. 15.3 percent for Chinese farmers. Not only that, the agricultural output stands at $407 billion for India whereas, for China, it is $1367 billion.

Here the economic differences stand. We can easily figure out what we are trying to find. China is India’s biggest import destination and 4th biggest export destination. As we can see, during 2016, in the total trade of India, the Chinese share stood at around 11%. Not only that, the respective share in total exports of India stood at 3.7% whereas, the share in the overall imports of India stood at 16% during the same period.

To describe the economic system of both the countries, the space is too tiny and that is why we shall try to understand this factor from scratch. As an example, there are two ways to compare the economic stability of these two nations; the nominal method and the PPP method. A decade

ago, the economic system of India and China were almost the same with the power of domination after Europe. But at present, the scenario is not good enough. In 2019, China is 4.6 times and 2.3 times richer than India in nominal and PPP methods. Per capita rank of China is 72 nd and, of India, 145th

This factor consists of many things such as power distance, individualism, masculinity, uncertainly avoidance, and many more. In all of these cases, India and China are almost at the same level.

We can say that to gain this factor, we need money. As it can be observed that, for technical knowledge, types of equipment of both quality and quantity are needed. Also to prosper the field of general education, books from different parts of the world are needed which are costly enough.

As we can see, in this field, India is compatible to compete.

As India is termed as a democratic nation, so we can state that Indians have the right to choose their government and hence, political freedom is there. But in 1982, the Chinese government often used the “subversion of state power” and “protection of state secrets” clauses in their law system to imprison those who criticize the government. Now, the Chinese Communist Party rules the nation. Needless to say, it is all about the economy as government leads to the growth of the economy, and hence it is a discussable factor.

Indeed, it is a part of the economy. Social organizations lead to funding for the government which helps to grow the national economy. For this kind of field, a diverse mentality is needed.

No nation can be corrupt free but there may exist attempts to remove that. On that occasion, we must admit that India is moving to the right path with admirable speed whereas china is pacing quite slow to follow the same.

Both the nations truly desire the same to be at the top of the global economy. But, unfortunately, efforts are not the same. However, for both countries, the population is very high.

This article is not going to get determined traditionally. We shall take the example of the Tokyo Olympics. China’s budget to prepare its athletes for the Tokyo games exceeded India’s budget for all Olympic Games in the last 70 years. Now we can fairly say that at the present situation, India is not even comparable with China in terms of Economic growth. But, with an optimistic approach, we can say that India, as the fastest-growing nation, will be soon at its original destiny. 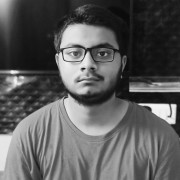 Down Syndrome Awareness Month: Disorder Is Not An Identity

Social Anxiety Disorder and its treatments: