In a surprise move, Google officially announced Pixel 6 and 6 Pro that will launch later this year. The new Pixel 6 and Pixel 6 Pro look very different from all the previous-generation Pixel smartphones. Google has revealed a few official details about the upcoming Pixel 6 Series.

On the other hand, some details are leaked online about the specifications and features. It must be noted that this time around Google has replaced the ‘XL’ name in the elder sibling of Pixel with ‘Pro.’ It seems to be following the path of Apple iPhone nomenclature.

Anyways, let us learn in detail the rumored specs and features of the upcoming Pixel 6 Series below:

Google Pixel 6 Series: What to Expect?

Although Google hasn’t officially announced the specs of the Pixel 6, the leaks suggest that it will have a 6.5-inch Full HD+ display with a 90Hz refresh rate.

On the other hand, the elder sibling Pixel 6 Pro will come with a larger 6.7-inch Quad HD+ curved display with a 120Hz refresh rate. So, being Google’s flagship smartphone, you can expect high-quality displays on both smartphones.

Talking about the optics, the new Pixel 6 will comes with a dual-rear camera setup, including the main and an ultra-wide-angle sensor. On the other hand, Pixel 6 Pro will sport a triple-camera setup with an additional telephoto lens with 4X optical zoom.

Further, the new Pixel 6 Series will be powered by Google’s own custom-built SoC, which the company called Tensor. The earlier reports suggest the SoC codenamed ‘GS101’ Whitechapel for the upcoming Pixel smartphones. It is fabricated using Samsung’s 5nm LPE process with a custom NPU.

As per Google, the new SoC will have a Titan M2 Security chip that provides “most layers of hardware security in any phone.” Both Pixel 6 and its elder sibling will reportedly have an in-display fingerprint sensor.

Further, Google confirms that the new Tensor processor will boast ML and AI experiences for Pixel 6 series users. So, we can say that in the long run, Google will use Tensor against Apple’s M1 chip. The upcoming Pixel 6 comes with a matte aluminum frame and a flat display. On the other hand, Pixel 6 Pro will have a glossy aluminum frame.

According to the latest live page listings, the upcoming Pixel 6 Series will launch in select regions in the world. And, unfortunately, that list doesn’t have India. So, the tech enthusiasts in India waiting for the next Pixel series would be disappointed. However, the search giant may launch an “affordable Pixel with A series” in India.

As per the listings, the new Pixel 6 and Pixel 6 Pro would launch in eight countries. These are Canada, Australia, Germany, Japan, France, Taiwan, the UK, and the US.

So, what do you think about the upcoming Pixel 6 and Pixel 6 Pro? Are you excited about smartphones? Do let us know in the comment box below. Stay tuned to Akashbaani for more updates!

Check out other news on Akashbaani: 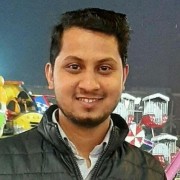 Here’s Everything You Can Expect from Samsung Galaxy Unpacked 2021