The Union Environment ministry of India has proposed an amendment to the Wildlife Protection Act (WPC),1972. The act is to protect elephant reserves and corridors on the lines of tiger reserves. It aimed to sought responses of various states to a proposed Comprehensive National Elephant Action Plan (NEAP).

The concept behind Legal status

India is the home of about 30,000 elephants that covers 60% of the Asian elephant population. Out of which, the state Karnataka has the largest no. of wild elephants. So, there have been many changes in the act for giving legal status. Elephant reserves and lines of tiger reserves got legal status. Therefore, the union environment ministry proposed for statutory status to Project Elephant. This is to protect the species and have a similar legal framework for 30 elephant reserves across 15 states. Also, it proposes 50 tiger reserves under the national tiger conservation authority. It is around six percent of the country’s total wildlife and also home to around one-third of the protected species.

Under the project Elephant, India’s first Elephant reserve was established in 2001, in Jharkhand. According to the recent data, around 400 elephants have been killed through poisoning by residents and poachers. This is because in the last 5 years until 2019, elephants killed 2300 people. This count is 10 times higher than the no. killed by tigers. The data is with Lok Sabha. Hence, state forest departments is to go on with management plans as decided. Also, to train forest staff to protect elephants. The death toll was 329, 391, and 447 in the states of Chhattisgarh, Jharkhand, and Orrisa.

NTCA is the regulatory body for around 50 tiger reserves. Decided zones for the elephant reserves are: north-west includes Uttar Pradesh, Madhya Pradesh, and Uttarakhand; South includes Andhra Pradesh, Tamil Nadu, Kerala and Karnataka; East includes West Bengal, Bihar, Chhattisgarh, Jharkhand, and Orissa. The Wildlife Protection Act (WPA) prohibits industrial and mining activities around tiger reserves. Once the National Board of Wildlife approves, there will be change in boundaries of tiger reserves.

In the context of these actions, they are plans to reduce further human-animal conflicts. This is to prepare a national elephant action plan. These plans would prove to be beneficial to decrease further circumstances.

Do read our another article: Disease X- The next Pandemic? 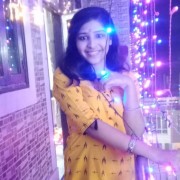 Nirav Modi extradition appeal to be heard on July 21, 2021